By Mandy BerozaMay 8, 2019No Comments 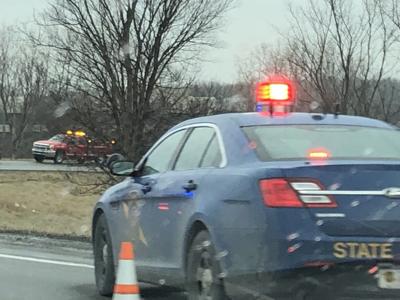 Michigan’s Move Over law was expanded early this year to help further protect emergency responders on area roadways. Since 2001, the law has required drivers in the lane closest to those stationary emergency vehicles to move over, if possible, to give those responders more room to work.

Now, the law also requires that all drivers approaching stationary emergency vehicles with lights flashing to slow down to at least 10 mph below the posted speed limit. The law now also applies to any maintenance and utility vehicles such as tow trucks, construction vehicles, garbage trucks.

Lt. Mike Shaw, spokesperson with The Michigan State Police, said this law is about drivers paying attention and being aware of what’s happening around them.

“If you see someone on the side of the road, move over a lane and give them a chance to get done what they have to do,” said Shaw. “If you end up driving down the roadway and killing an emergency responder, it’s not only the fines and prison time that will get you. You will have to deal that for the rest of your life.”

Anyone who breaks this law could receive a civil infraction subject to a $400 fine. Significant fines (up to $7,500) and prison time (up to 15 years) could happen if the violation results in the injury or death of a emergency responder.

Shaw said with an increase in distracted driving comes a decrease in the number of drivers moving over. “People are sticking their cellphones out the window trying to record whatever is happening on the side of the road,” said Shaw. “If you’re not paying attention, you will inevitably hit someone out there.”