By Mandy BerozaApril 16, 2019No Comments 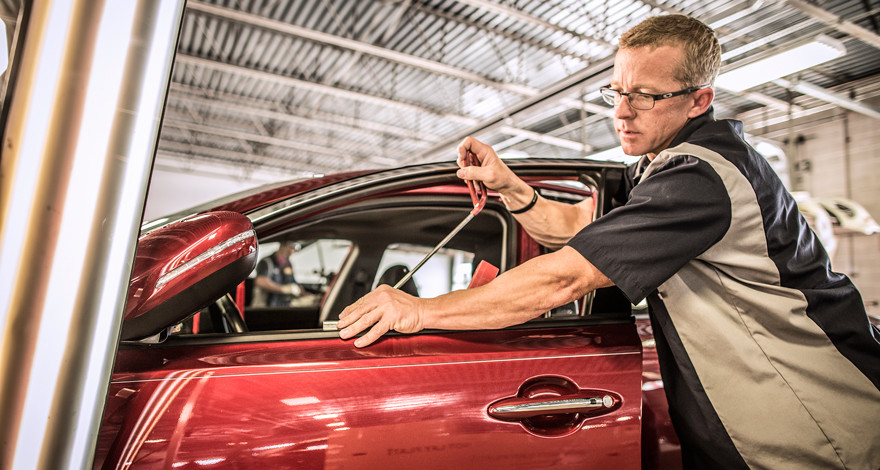 What is Paintless Dent Removal?

Paintless dent repair is a method of removing dents from vehicle sheet metal using specialized manual tools and carefully applied pressure. It doesn’t take much for a mark to be left behind after a car bump or accident.

Fortunately for drivers, paintless dent removal is growing increasingly popularity as a way to save time and money while restoring their car to its original appearance.

How Does Paintless Dent Removal Work?

The goal is to push the indented metal back into shape while preserving the paint. In most cases, PDR requires you to access the back side of the dent, which means carefully removing body panels, tail lights, or in some cases, interior panels.

Once we have access to a dent, it’s time to perform the PDR repair. This is where the precision and expertise of a trained technician comes into play. Using specialized tools, the technician starts at the dent’s outer edge and slowly massages the metal back into position. The damaged area gets progressively smaller until it virtually disappears.

Can Paintless Dent Removal be Done on all Dents?

Unfortunately, no. Below are examples of situations where a PDR repair cannot be done:

What are the Advantages of Paintless Dent Removal?